These are the Best UK Locations For Spotting Stunning Rare Wildlife

The UK is absolutely brimming with stunning holiday locations, all right on our doorstep. Not only stunning cities and beaches, but also beautiful woodland, filled with British wildlife.

From red squirrels and bats to water voles and turtle doves, nature in the UK is both fascinating and adorable. However, due to dwindling numbers, some of the most stunning creatures in our Country can only be spotted in a handful of locations.

So, for those who enjoy wildlife spotting, ABC Boats have compiled a list of the top locations for spotting some of the rarest woodland creatures in the UK, along with available Canal Boat trips that can take you close to these stunning spots.

The Briddlesford Copse is a large area of land dedicated to conservation, and and certain times of the year the woodland is open to the public. These woodlands support an important breeding population of the rare Bechstein’s bat. The bats use holes and crevices in mature trees for roosting and the interconnecting woodlands for feeding.

Bouldnor Forest is one of the few key locations in the UK where visitors can be lucky enough to catch sightings of adorable red squirrels. As no grey squirrels have ever been introduced to the island, their rare cousins have had the opportunity to flourish.

Sandown contains a network of waterways, where riverbanks have been constructed to encourage water voles to live and breed. For anyone looking to spot a water vole, the best advice is to put out some apples and return in early morning or late evening: if you’re lucky you will be rewarded with a very special sighting.

The Forest of Dean introduced a pair of Eurasian beavers in 2018, where they are enclosed within 6 hectares of woodland. The best time to spot the beavers at Greathough Brook is during the spring and summer months during early mornings or evenings when they emerge from their lodges.

Chilmark Quarries is a large site of special scientific interest, which has been a designated habitat for the Bechstein Bat since 2005. The site is comprised of a series of disused mines, which are the perfect environment for these rare bats to live and breed.

Greystones Farm Nature Reserve has a range of wildlife habitats: from wildflower meadows, hedgerows, to the banks of the River Eye where water voles can be spotted.

Ebernoe Common is home to 13 of the 16 species of bat which live in the UK, including the rare Bechstein’s and barbastelle bats. This rare species of bat relies on ancient mature woodland, making the ancient trees, ponds and pastures of Ebernoe Common an ideal habitat.

Kingley Vale National Nature Reserve is a special area of conservation, and one of the few spots in the UK where you can see the beautiful and elusive Turtle Dove. These gentle birds are most commonly spotted in the summer months, although they can usually be heard more than seen, and their distinctive song is a characteristic sound of Summer throughout Southern regions of England.

Arundel Wetland Centre reintroduced Water Voles in 2005, and their population has since been thriving. Visit this stunning location for a good chance at spotting these tiny riverside creatures, which were the basis for the character of Ratty from Wind in the Willows.

Scottish Wildcats are possibly the rarest and most highly endangered animal that currently resides in the United Kingdom. Their numbers have dwindled to just 35, according to recent reports from Wildcat Haven. The specific locations that you can visit to catch a glimpse of these incredible creatures are all located in the Scottish Highlands, including Morvern, Strathpeffer, Northern Strathspey and Angus Glens.

If you’re planning a UK staycation, consider a trip on one of our beautiful Canal Boats. Many of our routes travel through beautiful UK nature spots, where you can relax, unwind, and try to spot some of these incredible animals. Find out more about our trips on our Routes Page.

This wonderful cruise gives you the opportunity to enjoy anything from bird watching to visiting the remains of a 17th-century fort, and there's even a chance to see the bones of giant reptiles that stomped around in this region over one hundred million years ago.

For excellent sightings of some of the UK’s most impressive birds, such as Kingfishers and Nightingales, we recommend visiting the Godmanchester Nature Reserve.

Otters and Pond-Dipping in The Four Counties Ring

As well as incredible bird-watching, the Doxey Marshes in Staffordshire is a fantastic spot for families to spend the day spotting riverside creatures such as otters, Harvest Mice and Water Shrews.

You can easily stop by this stunning nature reserve during our tour, which starts at the Blackwater Meadow Marina and takes you through glorious countryside.

Download our colouring sheets for the kids to get involved in spotting rare wildlife on your canal boat holiday! 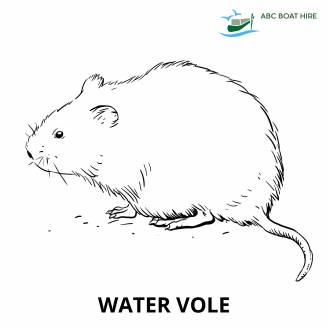 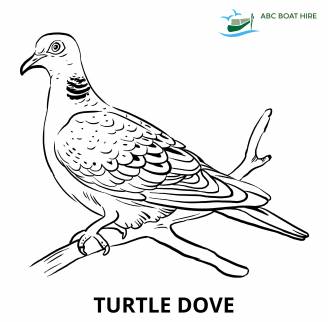 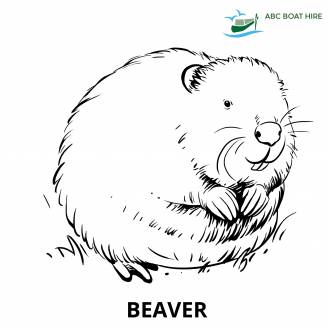 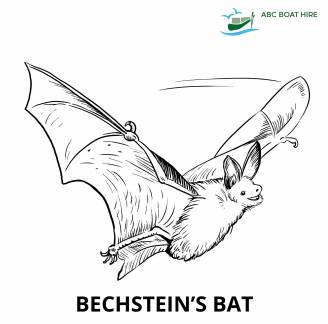 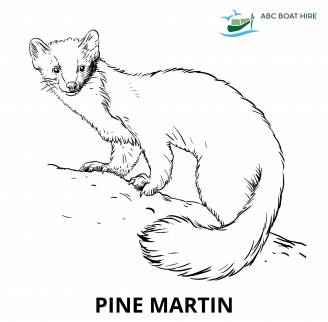 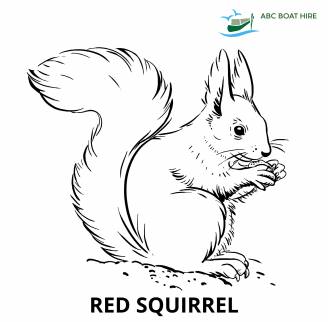 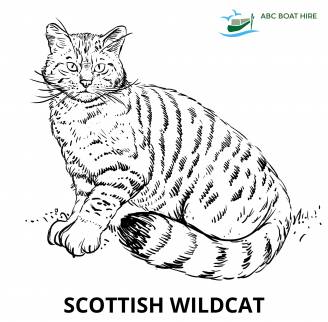