This route skips through a dramatic hilly landscape past former coalfields towards a city of art.  Secret stories lie in this landscape of outstanding beauty, where you’ll learn about Roman times, the importance of a canal town, grave robbers and the small boat that linked two cities.

Before setting off from Falkirk, you will want to explore the amazing experience that is the Falkirk Wheel. The world’s first rotating Boat Lift is a masterpiece of engineering and was created to rebuild a link between the Union and Forth & Clyde Canals where there used to be an 11-lock flight. The project cost £17.5 million and took over 1,000 craftsmen and over 1,200 tons of steel to build the Wheel. How it works is mysteriously simple - two gondolas are full of water, one at upper level, one at lower level, and when the upper gondola lowers boats to the basin below, the lower gondola simultaneously rises. The elementary physics of this process echo Archimedes’ ‘principle of displacement’. When a boat enters a gondola, it spills water and the remaining total mass of gondola and boat always balances the same weight. Cogs and wheels give a smooth ride. The giant wheel stands 115ft tall yet uses a mouse-sized 1.5KWh of energy to turn!

It is then time to head west along the Forth & Clyde Canal, which links the Irish and the North Seas. When the canal was completed in 1790, it was the world’s first sea-to-sea canal and is much wider than an English canal. By the mid-1800s, some 3 million tonnes of goods and 200,000 passengers were being carried on the Forth and Clyde Canal every year but, as with many canals, trade fell off with the arrival of the railways so the canal fell into decline in the 1930s before officially closing in the 1960s. The canal reopened in 2001 thanks to the Millenium Link Project, and the construction of the Falkirk Wheel relinked the Forth & Clyde with the Union Canal in 2002 for the first time in over 70 years.

Staff from Scottish Canals help at all locks and swing or lift bridges along the canal. Climbing the closely spaced four locks just beyond Bonnybridge and Bonnybridge Lifting Bridge, you are now on the summit level of the canal which allows you to relax into the gentle lock-free miles to come. Views across the valley with the River Kelvin and the Campsie Fells beyond add to the beauty and drama of the landscape.

A broad, straight section of canal passes north of the Dullatur Marsh, a nature reserve and Site of Special Scientific Interest, so keep your eyes peeled for visiting birds. Auchinstarry lies almost halfway between the two historic mining towns of Kilsyth and Croy either side of the canal. The marina here opened in 2003 and is renowned for its pub, restaurant and hotel – the first eco pub in Scotland. The canal runs close to the line of the Antonine Wall along this stretch, and there are Roman hill forts nearby at Bar Hill and Croy Hill.

The former mining village of Twechar once housed a close-knit mining community but the last colliery here was closed in the 196os. The village had two pits, Twechar and Gartshore, and thanks to its strategic position at the northern edge of the Lanarkshire coalfields, even housed the headquarters of William Baird & Co., one of the largest mining companies in the area (though reputedly not much-loved given their treatment of workers during hard times). Just beyond Twechar Lift Bridge, only ruins remain of the stables at Shirva which once provided fresh horses for the ‘swifts’, fast passenger boats running to and from Glasgow in the early 1800s.

Celebrating its status as ‘Canal capital of Scotland’, the historic town of Kirkintilloch dates back to Roman times and, as with much of this canal, has the Antonine Wall running through Peel Park in its centre. The town thrived as a centre for weaving, shipbuilding and iron founding during the 19th century due to the canal and later railway links to Glasgow. Auld Kirk Museum, housed in a Grade A-listed church, has a collection of around 13,000 items of local and national significance.

The Forth & Clyde Canal was built in stages by its engineer John Smeaton, and a former basin just beyond Hillend Swing Bridge was the canal’s first terminus in 1773, heading west from Grangemouth. The Seagull Trust boathouse is on the former site of J & J Hay who built and operated the infamous ‘puffers’ along the canal. The Clyde puffer was a small steam-driven, single-masted cargo ship and an artwork unveiled in Southbank Marina in 2013 celebrates puffers built by the Hays in Kirkintilloch between 1866 and 1945.

A sharp bend in the canal cuts right through the Antonine Wall, before skirting Cadder. Cadder Church, on a site dating back to 1150, is worth a visit for its stained glass windows and is reputedly one of the haunts of the infamous body snatchers, Burke and Hare (who took to murder to acquire more corpses to sell to the medical schools in Glasgow and Edinburgh). In the early 1800s, people would stand guard for days after a funeral, keeping the remains protected. Cadder Church had a small building used to keep watch for body snatchers, and an iron coffin was placed on newly buried coffins to prevent them being taken. A public outcry led the Government to eventually pass an Act in 1833 regulating the Schools of Anatomy by licence.

At Stockingfield Junction, the short Glasgow Arm, overlooking the River Kelvin and the city below, takes you into the very heart of Glasgow. To give yourself time to explore Scotland’s largest city, moor at Spiers Wharf which is lined with former tobacco warehouses, now mostly converted into luxury apartments. A major port dating back to the 18th century, Glasgow’s Port Dundas used to also be the junction with the Monkland Canal, now no longer navigable but vital as a water source for the Forth & Clyde Canal. Nearby Pinkston Basin was once overlooked by the tallest power station in Europe. Built in 1900, it was painted in camouflage colours during World War II so the Luftwaffe could not use it as a target. Following a regeneration project, the basin is now home to Pinkston Watersports Centre, Scotland’s first competition standard, purpose-built watersports centre.

Glasgow is of course synonymous with the architect, designer and artist Charles Rennie Macintosh, and there are buildings and art galleries galore to soak up his work. He designed numerous buildings across the city, with the Glasgow School of Art considered to be his masterpiece. The city is an art and heritage lover’s dream as you meander from the Kelvingrove Art Galley & Museum to the Gallery of Modern Art, from the Riverside Museum to the People’s Palace. And then there are shops, restaurants, cafés…

After exploring all that Glasgow has to offer, as you retrace your cruise back to Falkirk, the route comes to life again from a different viewpoint. And once you’ve arrived back at Falkirk Wharf, if your itinerary allows, a short diversion towards the start of the Forth & Clyde Canal will take you to Falkirk’s other great canal attraction, the magnificent 30m-high Kelpies. The world’s largest equine sculpture, created from 990 unique stainless steel skin-plates, was built in 2013. 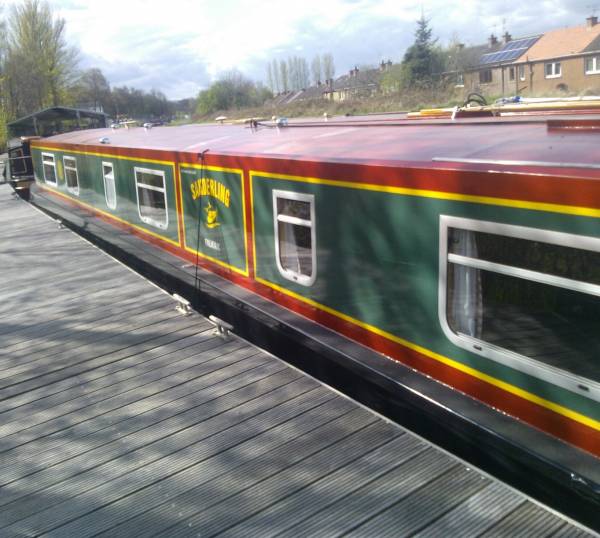 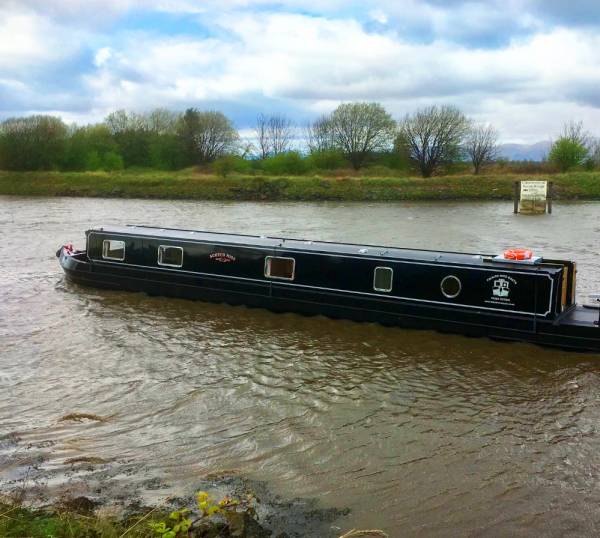 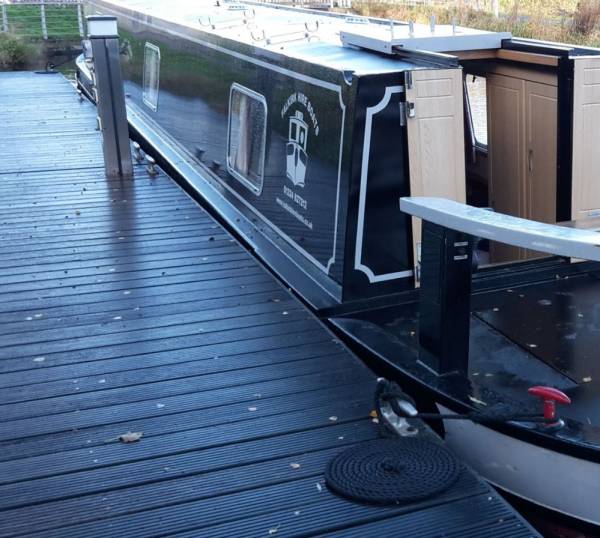