Monmouthshire and Brecon from Goytre Wharf

BLOG AVAILABLE: Click here to read a blog about this route from one of our team!

This Welsh canal is a secret hideaway in the Brecon Beacons for the boater seeking escape. This is the Diva of Britain’s canals, set in the Brecon Beacons National Park with the Black Mountains as a spectacular backdrop - a water trail in the company of mountains, sheep and open spaces, with the taste of real air. And the entire canal is a blaze of colours that change with the seasons under its intimate tree-lined route.

Goytre Wharf to Monmouthsire and Brecon: What to expect on your route

Before setting off, explore the marina at Goytre Wharf, set in a huge woodland site with glimpses of sheep-filled fields through the trees (the name itself means ‘place in the woods’). On the edge of Blaenavon Industrial Landscape UNESCO World Heritage Site, the wharf has some of the best preserved limekilns, now Grade II-listed, used to create lime from coal & limestone. The canal and wharf here once teemed with canal boats being loaded with the finished product.

South of Goytre Wharf, the canal turns and twists through the lush landscape of the Brecon Beacons National Park towards the current limit of navigation at Cwmbran.

A very short walk from bridge 62, St Illtyd’s Church at Mamhilad beckons you to visit. Among the yews in its churchyard, a queen of trees is the ancient ‘Mamhilad Yew’ which is believed to be between two and three thousand years old! There’s also a village pub opposite for a quick lunch.

Pontymoile is the junction between the two separate canals and, if time allows, a convenient mooring place for Pontypool Leisure Centre with its swimming pool and dry ski slope. The current limit of navigation is a couple of miles further south or you can turn the boat here and head back northwards past Goytre Wharf towards Llanfoist.

At the height of the Industrial Revolution, iron and coal were transported from Blaenavon’s ironworks along horse-operated tram roads down to the canal, and stored in canalside warehouses before being loaded onto canal boats. Blaenavon was once one of the world's most important producers of iron, coal and steel, and the wharves and canal at both Llanfoist and Govilon form part of the Blaenavon World Heritage Site. The leafy oasis of Llanfoist Wharf is where the World Heritage Site meets the Monmouthshire & Brecon Canal. It’s hard to imagine this historic wharf was once a flurry of activity, and this canal a busy export route to Newport. If you cross beneath the canal, it’s possible to follow tram road tracks up into the hills and join the circular Iron Mountain Trail around major areas of the World Heritage Site.

Lines of moored boats indicate your arrival at Govilon and Bailey’s Warehouse at the former terminus of another tram road from Nantyglo Ironworks.

A wooded stretch leads towards Gilwern where the main A465 ‘Heads of the Valleys’ road noisily encroaches, though peace is restored as you approach this busy village, with its boatyard and pubs.

Historic buildings and limekilns at Llangattock Wharf indicate where limestone was brought down by tram road from the quarries above then loaded onto canal boats. The pretty market town of Crickhowell (described as the ‘glittering jewel in the vale’) is easy to reach from here – for sightseeing, places to eat or shopping, follow the path from bridge 116 or 117 through Llangattock across a field to reach the main road and river bridges. It’s then a short hop over the River Usk across the Grade I-listed stone-arched bridge.

The glorious setting of Llangynidr lock flight with its well-placed pub makes it light work, then the canal enters the short Ashford Tunnel (375yds/343m long) and arrives in Talybont-on-Usk.

The Brecon Beacons today are synonymous with the outdoors and Talybont is a busy village filled with walkers, cyclists and sightseers yet, behind the scenes, this canal keeps secrets of a different past. Limestone and coal was quarried up in the hills above Talybont, then brought down to the canal on an 8-mile tram road. The rock was put into burning hot limekilns to be broken down into quicklime, and then transferred to barrels to be loaded onto waiting narrowboats. Brinore Tramroad heads up into the hills above bridge 143, by the White Hart pub.

Several of the canal’s distinctive lift bridges mark the way as you head towards Pencelli, then the canal swoops round to Ty Newydd. Overlooked by the National Park’s highest peak, Pen y Fan, this is a place to soak up unrivalled Welsh views.

The four-arched Brynich Aqueduct, built by the engineer Thomas Dadford, elegantly carries the canal over the River Usk below, and a sharp turn leads to pretty Brynich Lock. The River Usk and the mountains are visible now to the left of the canal, and a conveniently placed bench turns its back on the canal, facing one of the best views on the canal network.

The Brecon Beacons: Things to do

Brecon is the outdoor capital of Wales for cycling, hiking, scrambling, kayaking, caving, pony trekking and more. A short walk from the Canal Basin by Theatr Brycheiniog, this historic market town and its cathedral, museum and shops are lively with walkers, cyclists and boaters.

After exploring the town, you have the fresh excitement of your return voyage to Goytre Wharf.

Want to book a canalboat trip with ABC Boat Hire? Get in touch with our friendly team who will combine their knowledge of all the cruising options to help you to choose your ideal boating holiday.

Read our guide to the Monmouthsire and Brecon Canal or read one couple’s experience of Monmouthshire and Breacon.

Check out our selection of featured boats on the Alvechurch to Birmingham route below. 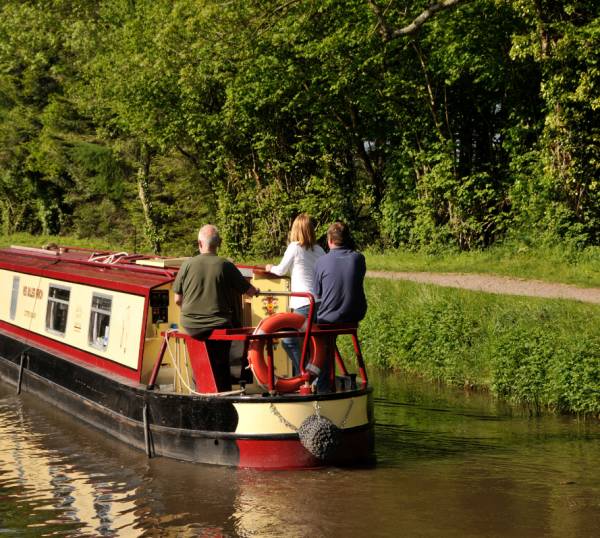 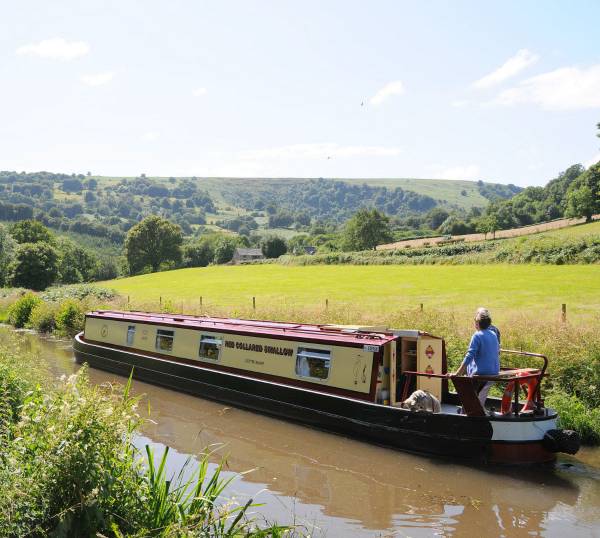