World-famous for its picturesque dense canals, thousands of holidaymakers fly to Venice each year to experience the romantic ‘city of canals’. With copious canals to admire, historic culture to discover and gondola tours to jump on to explore the city, it’s no wonder this Italian hotspot is such a touristic delight – especially for narrowboat enthusiasts.

With 150 city-based canals, there are few other canal networks out there that can match Venice’s, with 26 miles of waterways to explore. The Grand Canal, one of the most famous and important canals in Venice, is 2.3 miles long and 300 feet wide at the widest part. On your trip to Venice, this canal is certainly worth checking out! 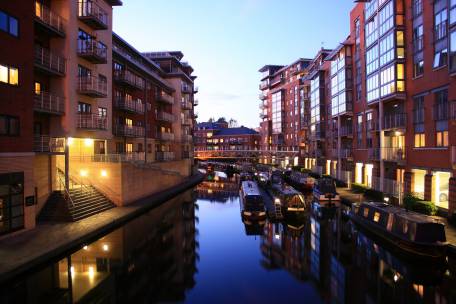 This busy city has a total of 100 miles of canal network running through the city centre, giving it a wider canal access than Venice by a large margin! On this canal route, you can explore activities for the whole family such as Cadbury World; take to the bustling bars and restaurants of Brindley Place; or do some shopping in the well-renowned shopping centre, The Bullring. Our Birmingham and Return route will allow you to explore all the delights this city centre has to offer, as well as cruising along the miles of canal waterways.

As one of the most water-filled cities in the world, Amsterdam’s canals occupy a quarter of the city’s surface area. That’s a lot of water! Also known as ‘the Venice of the North’, Amsterdam is a great place to explore when visiting canal cities in Europe.

As well as the wealth of canals this city has to offer, Amsterdam is known as one of the most bicycle filled cities in the world – with bikes at every corner, hop on one yourself and head to Vondelpark to take in the Dutch nature amid lakes and greenery! As well as this, delve into the immense history of the city, starting by taking a tour of Anne Frank’s House.

Looking to stay slightly closer to home? Explore the delights of The Cheshire Ring in our Manchester route. An impressive canal, the Cheshire Ring forms a circular canal route in the heart of the Northwest spanning a remarkable 92 miles long.

With 92 miles also comes 92 locks – which adds to the impressive nature of this route, perfect for experienced boaters. Find yourself curling around the Pennine Hills, the captivating Cheshire countryside and the Old Trafford football stadium in the heart of Manchester’s city centre. 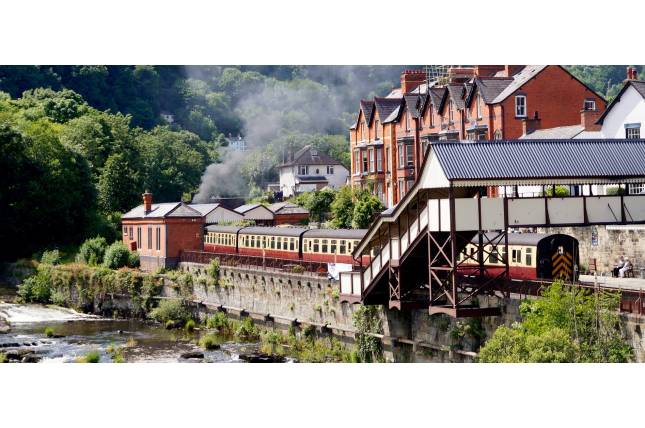 This canal route is the perfect choice for lovers of picturesque countryside combined with both English and Welsh culture, with part of the route designated as a UNESCO World Heritage Site. Surrounded by Welsh wildlife including rare birds, sheep at every turn and breath-taking views of the ancient landscape of Ice-Age lakes, this route is not one to miss!

Modern engineering meets the beauty of the natural waterways on our Falkirk canal routes. The Falkirk Wheel is a huge pulling point for this impressive canal network. The Falkirk Wheel spectacularly connects the Forth & Clyde canals in Scotland, whilst also providing a fun-filled family activity to experience the world’s one and only rotating boat lift.

Discover the lowlands of Scotland with easy cruising and very few locks to navigate through – making this the perfect choice for canal boat beginners. As well as the Falkirk Wheel, the surrounding area holds host to a series of bike and hiking trails, perfect for getting closer to nature.

Now you’ve learned our best canal cities, including some of the cities with the most canals in Europe, it’s time to book your next trip. Find canal boat holidays perfect for families, couples and groups from ABC Boat Hire. Get in touch with a member of our friendly team to find out more information now.